About Blue Light from LEDs

The hazards of Blue Light from LEDs
Blue light of LED is said no harm, but there are a lot of argue still.
For example,
・Blue light damages eye retina!?
・Continuous blue light exposure disrupts life rhythm and interferes with sleep!?
・Blue light increases cancer risk!?
・Blue light hurt skin!?
are concerned, and the fact that blue light-cut glasses are being sold may mean that those concerns have not yet been eliminated.

Also, some people say LED light is dazzling, and it is also related to blue light.


Here, the concerns of blue light from LEDs are summarized as a manufacturer specializing in LEDs.
First of all, let’s confirm the typical spectrum of the LED with the graph below.
In spectrum from LED light (white color), there are
・Blue LED spectral portion with a peak near 450 nm
・Spectral portion by phosphor emission that form gentle peaks from 500 to 700 nm
and, especially for white light, the blue LED spectrum portion becomes large.

Let’s see how blue light portion affects in each of concerns.
Will blue light damage eye retina!?
The safety of light is specified in IEC62471 “Photobiological safety of lamps and lamp systems”, which includes the degree of tolerance for eye and skin risks for each ultraviolet and infrared ray.
As for blue light, it is shown as “Retinal injury LB due to blue light” because the strong blue light damages the retina of the eye with the risk groups of “risk group 0 (exempt)”, “risk group 1 (low risk)”, “risk group 2 (medium risk level)” and “risk group 3 (high risk level)”.
Retinal injury LB due to blue light is calculated by the following formula,
In short, it is an equation that evaluates how much the shape of the emission spectrum and the blue light damage function defined by B(λ) overlap.
B(λ) is as shown in the graph below, and it can be seen that there is a peak of damaging action at 435 to 440 nm. Light classified as blue has a wavelength of 430 to 495 nm, but B(λ) function means that light in the short-wave side of blue has a higher degree of damage.
Risk group 1 and above have the word “risk”, but “risk group 1(RG1)” is “No photobiological hazard under normal behavioral limitations” and “risk group 2(RG2)” is “Does not pose a hazard due to aversion response to bright light or thermal discomfort”, and it can be said that eyes will not be hurt unless keep looking straight at the light source.
If you look at the lighting of “risk group 2” for 0.25 seconds or more, it may exceed the allowable limit, but it will be dazzling and you will not be able to continue watching it for 0.25 seconds.

In addition, due to the higher brightness of LEDs, most of the risk groups of LED devices themselves are “RG1″ or “RG2”, but when incorporated into actual luminaire, the risk groups is expected to go down as the light is emitted through a diffusion plate etc. The table below shows representative risk group evaluation data for our LED devices.
In addition, young people are more likely to transmit blue light because the crystalline lens is transparent, and thus the risk of retinal injury due to blue light is said higher in children than in adults.
Therefore, in some countries, it is mandatory to use “risk group 0” lighting for lighting used in schools.
Will continuous blue light exposure disrupts life rhythm and interferes with sleep!?
Humans have a biological clock in their brain, which creates a circadian rhythm.
Refer to the Ministry of Health, Labor and Welfare (JAPAN) website
The circadian rhythm is regulated by the fact that the body clock does not exactly match the diurnal cycle and is regulated by the increase and decrease of melatonin secretion by the light coming from the eyes.
This melatonian secretion also has wavelength dependence of light, and the following action spectrum of secretion suppression is known.2)
According to this action spectrum, light in the wavelength range of blue light has the effect of suppressing melatonin, and particularly the wavelength of 464 nm is the most effective.
Thus,it can be said that continuous exposure to blue light impairs the function of adjusting the body clock and makes it difficult to fall asleep, and conversely, it is not preferable to spend the daytime without exposure to blue light.
Will blue light increase cancer risk!?
It is a shocking content of light and carcinogenesis, it seems that the statistical research in Spain 3) is the source. Looking at the paper,
・a survey of prostate cancer and breast cancer, which is known to be affected by hormone balance, is conducted.
・For blue light, satellite imagery was analyzed to estimate nighttime blue light exposure in the area.
Thus, it is important to understand that blue light does not directly increase the risk of carcinogenesis, but assumes that it induces hormonal imbalance and increases the risk of carcinogenesis.
In addition, based on the data obtained by analyzing satellite photos to determine the amount of blue light portion in urban areas, it is difficult to grasp exactly how it affects people in the room when sleeping at night.
Further research is expected to help a clearer understanding.
Will blue light hurt skin!?
This is also a shocking content that blue light damages skin.
The following papers seem to be the sources.
・ Journal of Investigative Dermatology
・ Oxidative Medicine and Cellular Longevity
According to the test results, a decrease in antioxidant power and pigmentation were observed at a light intensity of 40 to 50 J/cm2, but this light intensity is equivalent to that for about 1 hour under direct sunlight.
LED light is not as strong as sunlight, so it is better to worry about sunlight first.
Is LED light more dazzling!?
Nowadays, LED lighting is everywhere, but at the beginning of the time when LED lighting was introduced a long time ago, do you have any experience that LED light is dazzling?
Recently, due to improvements in optical design and diffuser plates, it may be less dazzling than before.
However, it is also a fact that the dazzling effect of light is related to the wavelength.４）５）６）
For example, according to the report of 4), as shown in the figure and table below, the blue light of 460 nm feels dazzling with 7 to 25 times than the yellow light of 570 nm.
Also, it is known that short wavelength blue light is dazzling compared to long wavelength blue light.
Thus, light with a spectrum that contains a large amount of short-wavelength blue portion is more likely to cause glare than conventional light sources.
We also made a light source with less short blue wavelength portion and compared the light with a conventional product. It is confirmed that a light source with less short blue wavelength portion has less glare.
Especially in the elderly, the light becomes dazzling but dark due to the cloudy lens. Regarding the glare, a research result shows glare (discomfort glare) is induced by half the light compared with young people. 7)
Therefore, we think light that is not dazzling is light that is kind to the elderly.
Summary
By blue light from LED,
１．Risk of retinal injury
２．Sleep disruption by suppressing of melatonin secretion
３．Dazzling of light
are concerned.
Even the risk is not that serious, but short-wavelength blue portion, which has a higher risk of retinal injury and easy to feel dazzling, is better to be less.
We are developing a better LED light source that can be used with more peace of mind.
For further information or interest, please contact here. 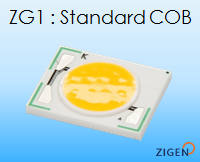 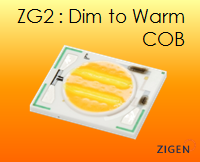 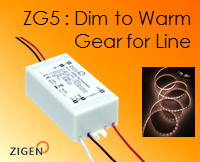 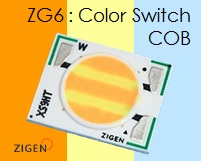 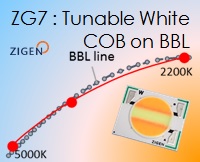 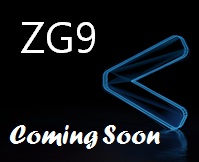 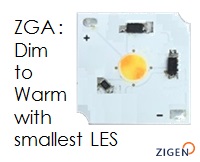